“Opening For The Opener”

Jacob hadn’t ever played the Phoenix market. He was a ghost in this town.

Our artist was the opener. So, Jacob went on at 8:00 pm, then the direct support act, then the headliner…in other words, nobody would be there to see him.

We know that even if we put the coolest possible ad in a consumer’s Facebook feed, we’re not going to get them to come off $60 for an unknown artist.

The strategy we chose was to target people who love the headliner, within a 50-mile radius of the venue. The ad copy was written to assume that these fans already purchased tickets so the language we used was “Come early. Don’t miss this!” as opposed to “buy tickets”.

The Manager of Dokken (the headliner) offered us the rest of the tour…we weren’t expecting that.

They would only do this because we DID sell tickets.

But they didn’t buy tickets to see our artist…we out-promoted the promoter!

We sold tickets to two categories of people:

Digital marketing can be an incredible method to add value to a headline act by selling tickets normal promotion methods couldn’t. Thus, creating the opportunity to extend tours and therefore exposure while simultaneously accumulating data on the exact people who fell in love with the artist.

YES, I want to work with Daredevil Production 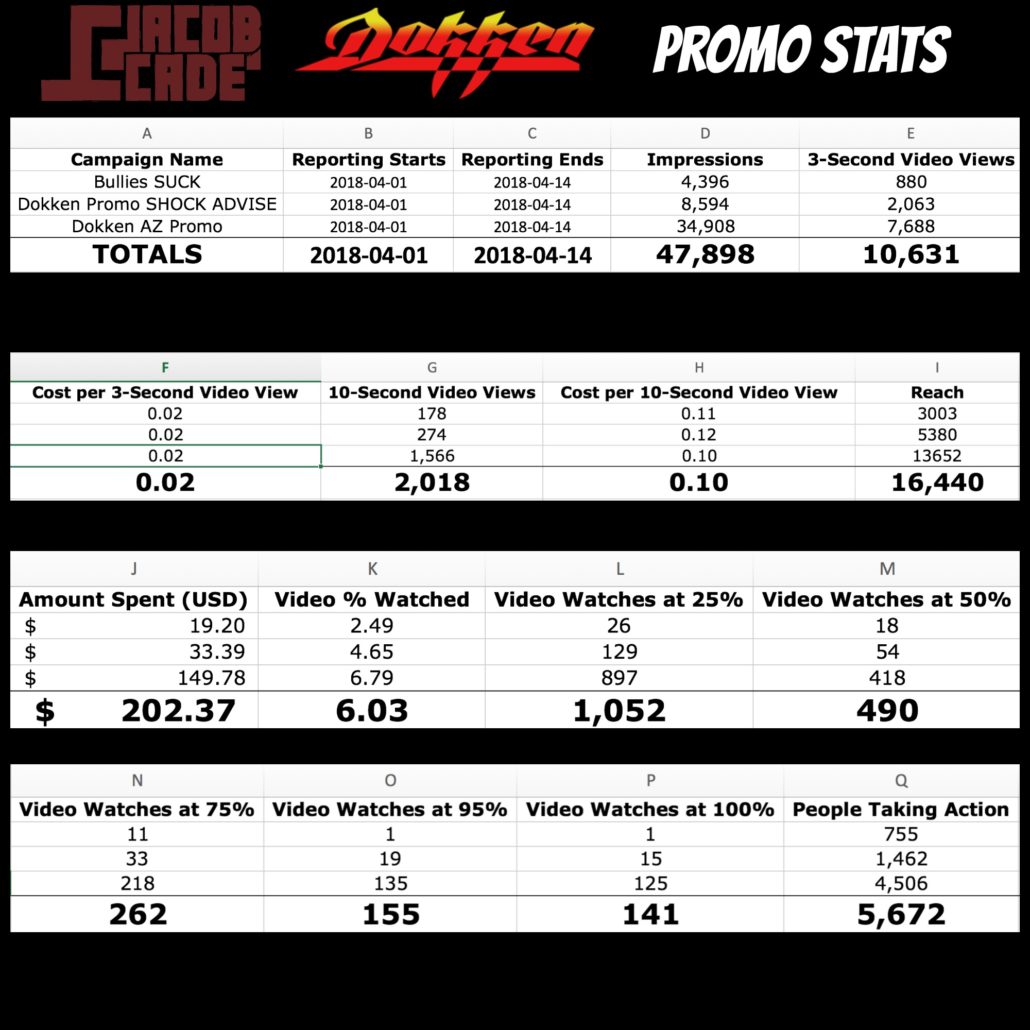 YES, I want to work with Daredevil Production
Scroll to top