In August of 2019, we were engaged by our first concert promoter, Uncle Danny Productions, to promote a 3-show concert series with country star T.G. Sheppard as the headliner, Ronnie McDowell, and Amber Hayes.

The venues were 600 seaters in:

Danny Rasberry, the promoter, would trust us enough to run the promotion for these initial shows solely on digital platforms. No radio. No newspapers.

We promoted this initial concert series for 16-17 weeks. All three shows were profitable and we sold about 50%-65%  capacity for each event.

EVERY DOLLAR YOU SPEND COMES WITH AN ROI IN DATA

The promoter bought 10 more shows about a week after the first series ended, the first two of which had an identical lineup.

We were able to optimize the data from the first three campaigns to more surgically target the people for the next two shows in new markets, Hawkinsville and Ruston, GA.

***NOTE*** these 2 shows happened during the first weekend in March 2020, literally a week before the shutdowns.

Below, you can see the ad spend across all three initial shows… 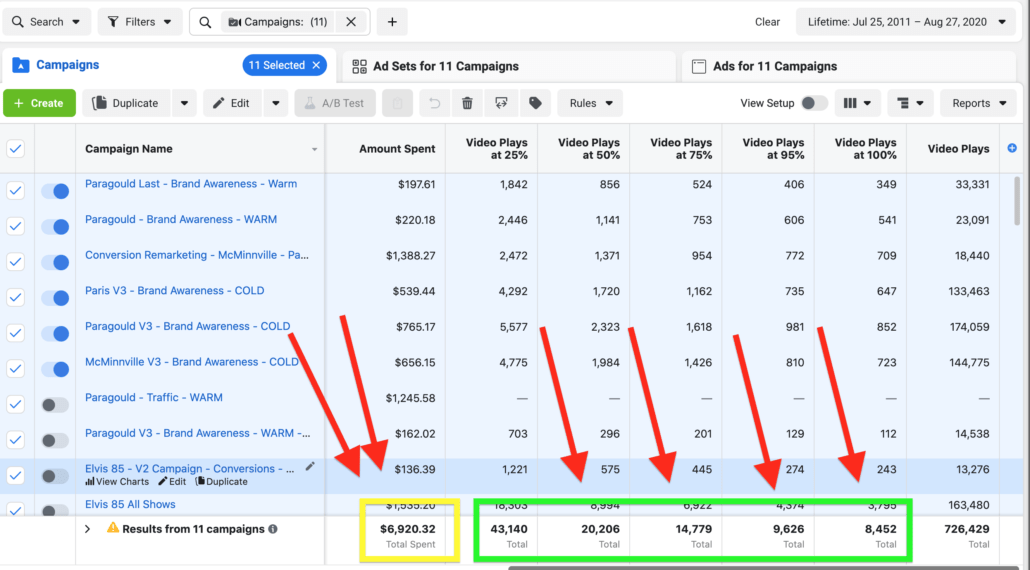 Here are the results and the ad spend for the shows we SOLD OUT!

What Do These Numbers Mean?

This is what we mean when we say, “Immediate ROI in the form of data”. 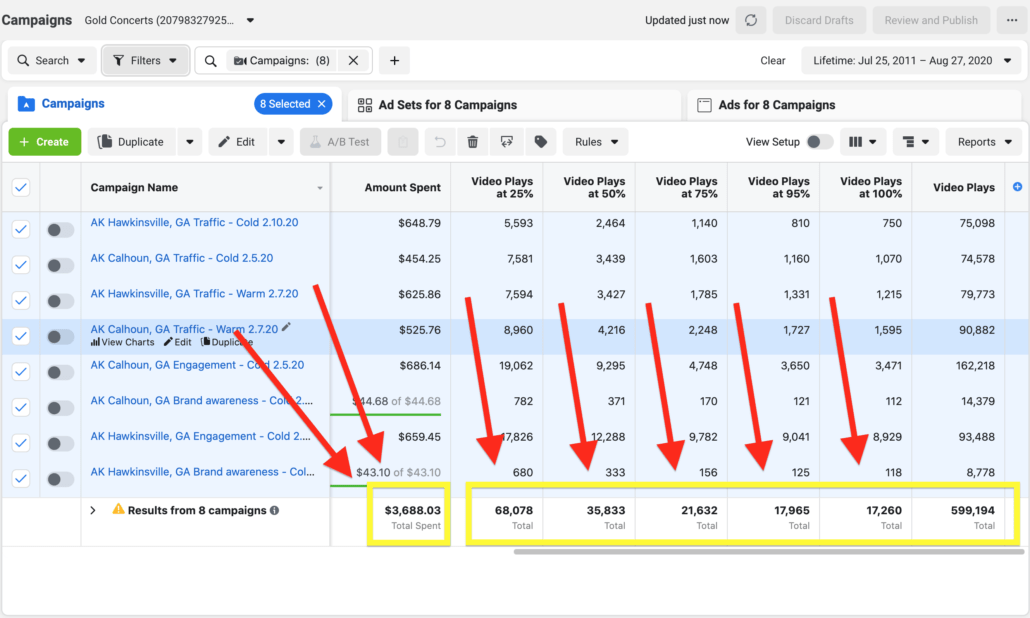